Appreciate Everything. Sweat Profusely. Regret Nothing. 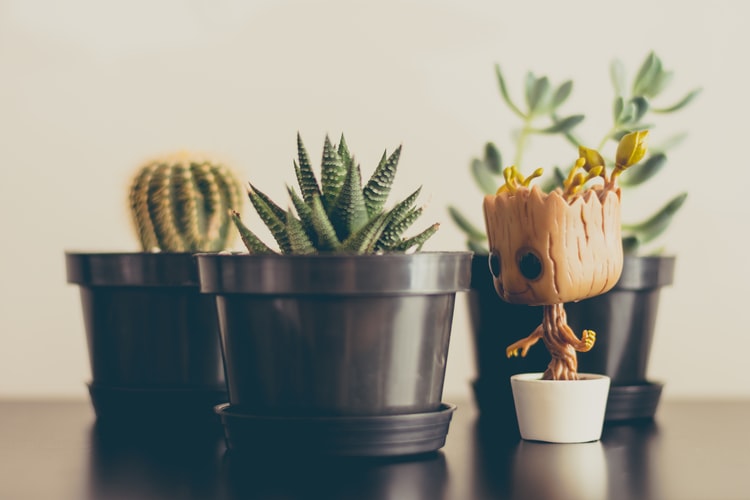 Have you ever taken a second in your busy work day to look in the mirror, take a nice deep breath, and then with great conviction say…”I’ve made a huge mistake.”?

All of you? Yes? Even the biggest, baddest, most perfect person you can think of has wanted to vomit (or more likely HAS vomited) from nerves at some point in their life. This could be from an unplanned project getting dropped on their lap or even having to dump everything they just did and start from scratch. This is a part of learning and growing. You need to ‘embrace the suck’ and push yourself beyond your comfort zone.

Is this scary? Absolutely! But, it also is the best way for you to better yourself, to become successful and to make it seem less scary the next time. We at HowToSFMC thought that, appropriately (as many of us have vomited many times while making this website), we would make our first article about pushing through these terrible feelings and doing what you should, not what makes you feel safe.

Below are a few words of wisdom from each of our founders:

Genna - The old cliche is true, there really are no dumb questions. Seriously, everyone says it, but it’s true. There are no stupid questions, just people too scared to ask because others might think less of them. Most people are more concerned about themselves (possibly also having panic attacks, while writing… ) and aren’t paying attention to you. So don’t worry about losing face, ask.

It’s through mistakes that we learn, see new perspectives and innovate. Being human means feeling dumb – a lot! It’s how you rebound from those experiences that really matter. Experiences that are difficult often have the best outcomes so take challenges when you are presented with them, even if they terrify you. And never ever be afraid to ask for help, or to join a team or community. No one can do it all so you have to look for those who have complementary skills and similar values to build your community with.

It’s okay to talk about your accomplishments, even if you think it sounds braggy. Being humble can be detrimental when taken to the extreme. So, self-promotion is not a bad thing when done in moderation. You have to learn to promote yourself at the right time in order to get ahead in life.

You never know, you may suffer from impostor syndrome at work and then have a complete belief that you are the greatest home brewer ever while introducing your taste-testing friends to Captain Trips. No one wins them all. And if you’re a plant lover like myself, then no one keeps them all alive either. You’re going to kill something at some point, accept it, move forward.

Jason - For every one question someone thinks could be dumb, there’s likely an actually dumb piece of documentation to make the question need asking. Which unfortunately is only something you find when you need to know an answer quickly. (Looking at you, User Permissions documentation).

Let’s face it, in the early days of most of our learning experiences, documentation and guides are the primary sources of knowledge. Which is great if you want to follow a path laid out for you like Waze and you know what your A to B is. But, the more useful skill to learn is how to drive the car. Then it doesn’t matter if you know where A and B is or if you need to stop off on the way and do something else - You can still get there.

The number 1 question that I wish I’d asked on day 1 was “I created a filtered Data Extension, how do I make it refresh/update automatically?”. What I should have done is asked that question before I’d made about 40 of them that didn’t refresh… I then asked it later and found that I’d done them all wrong. But alas, I learned the most useful lesson that day - Ask the question first before spending a few days possibly doing it wrong.

The second most useful lesson I’ve learned is “Someone already invented the wheel, unless you believe you’ve got a better concept - why reinvent it?” There are some fantastic people in the world of SFMC and it would be remiss to not reference the Isaac Newton quote “If I have seen further it is by standing on the shoulders of Giants.” The best thing about the Giants in SFMC, is that lots of them make their shoulders available for you to stand on.

If there’s anything to take away from this - Ask a question. As children we’re often taught to politely ask questions, we’re raised to be inquisitive. Let that childish inquisition come back. Make mistakes, but only make the same mistake once, then ask how to avoid it if your inquisitive experiment didn’t go according to plan.

Greg - Sometimes the people that are viewed as the ‘stupidest’ are actually the smartest ones in the room. They realize that how others perceive them is not the real definition of their intelligence. By suppressing your question to ‘save face’ you limit the knowledge you are able to gain. Is embarrassment worth the gaining of knowledge? HECK YEAH. In 5 minutes that embarrassment disappears, but that knowledge stays with you forever.

Don’t be afraid to fail. Sometimes you aren’t the best. It really sucks when it happens, but unfortunately you are not an omnipotent God. Failing is important though as you then know exactly what NOT to do next time. As good ol’ T. Edison used to say “I have not failed. I’ve just found 10,000 ways that won’t work.”

Even though failing sucks, you should always try new things and explore. That being said though, you need to do this smartly. Don’t dive into a project that you literally have never done before and promise the moon. That is setting up yourself and your team for failure. But, if you are open and honest and put forth the extra effort to fill in all your knowledge gaps, then you are much more likely to succeed regardless of skill level.

Tony - Every time I ask a peer in the email industry about their background I’ve heard very similar stories: “I kinda just fell into it…” “They needed someone to run their email program so that’s what I did…”

My story is the same; I started out in print design and then magically transitioned to email design. When I started, I knew basic HTML, a little CSS and not much else. So how do you learn? I quickly realized, the only way to learn is to ask as many questions as you can.

However, learning isn’t just about asking the question, it requires asking about the why, the how, and the theory behind the answer - not just blindly accepting it. There is no doubt that jumping into a new community and asking questions is daunting and overwhelming, but the benefits far outweigh any embarrassment.

So you know that question you haven’t asked yet? Ask it!

Aysha - You know that problem you’ve been working on all day? That one question you want to ask, but think if you do you’ll look like a chump because it’s a ‘stupid’ question? Just ask it already! It’s important to realize that looking stupid for a minute is the only way you can learn and continue to get smarter.

We, in the email industry, are quite lucky. We are fortunate to have a fairly substantial community of peers. With so many knowledgeable, innovative, boundary pushing professionals, you may ask yourself “how in the world can I… a beginner… contribute?!” Simple: Ask questions. Answer Questions. Talk with people. But, most importantly: get involved!

Stuck on some AMPScript? Need to troubleshoot Content Builder? Just ask. Chances are there is someone else with the same question that will also benefit.

When I first joined an Email community, it was very one-sided. Lots of questions were asked about how to do basic tasks, but I couldn’t give anything back. After a while, I noticed a significant shift. New community members joined, similar questions were asked…but this time I could answer them…and DID! I quickly realized that even though I was still learning I could contribute by answering the questions that I already knew.

You don’t have to be the most knowledgeable about a topic or even know every detail. The best thing about contributions from users starting out… perspective. Sometimes a fresh perspective can yield some very interesting results!

Are you still sweating? Hopefully we’ve put your mind at ease a bit. Our goal is to show people that there is no ‘best way’ to do things. That there is no right and wrong way, just different solutions. Are we saying that these nerves and agita will go away? Nope. BUT we are saying that you will become more confident and learn with better ways to deal with the ‘rattlers in your gut’ so no one would ever know how close to vomiting you really are.

Hope you enjoyed it. Please continue contributing to our new community here and hopefully we will be able to provide a safe space for everyone to share ideas and collaborate to bring us all to the ‘next level’.

The 'Catches' of Try/Catch in SFMC SSJS